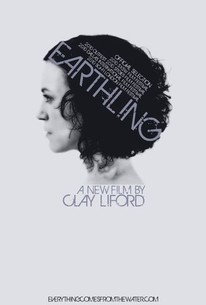 A seemingly ordinary woman is suddenly made aware of her true identity in this thoughtful sci-fi drama from filmmaker Clay Liford. Three astronauts orbiting in space encounter a strange object floating towards them, and when it reaches their ship, it releases a massive pulse of energy that immediately kills two of the men. Back on Earth, the pulse causes a global brownout that has a strange effect on a number of people, one of them Judith (Rebecca Spence), a schoolteacher. Judith has already been going through a difficult patch -- she feels uneasy and can't say why, and she and her husband have been trying to have a baby with no success -- and after the pulse sends her into a seizure, she begins displaying curious symptoms as bits of her skin peel away and lumps grow on hear head. Judith is one of several people who've been reacting in odd ways to the pulse, and in time she finds out why. Judith is part of an alien race that came to Earth generations ago and have so successfully disguised themselves as Earthlings that even they have forgotten their true origin, and now that their true alien nature has been reawakened, they have to decide which world is truly their home. Earthling received its world premiere at the 2010 South by Southwest Film Festival. ~ Mark Deming, Rovi

Chris Doubek
as Stephen
View All

There are no featured audience reviews yet. Click the link below to see what others say about Earthling!