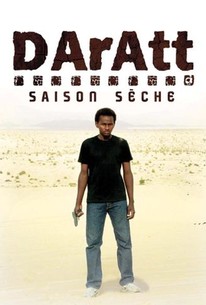 African filmmaker Mahamat-Saleh Haroun directed this lyrical tale of young man's desire to come to terms with his tragic past. Ali Barkai plays a young man from the nation of Chad whose father was killed before he was born. Looking for some sort of closure in his life, the young man decides to find the man who murdered his father; when he does, he gets a job working for the killer, at once pondering vengeance but also struggling to come to a place of forgiveness. Daratt received its world premiere at the 2006 Venice Film Festival. ~ Mark Deming, Rovi

An intimate parable of truth and reconciliation.

Gently and quietly told, Daratt (Dry Season) is an unassumingly political work that unfolds with the simplicity of a parable and the gravity of a Bible story.

Deceptively simple, both in its storytelling and use of images, it's convincing as an allegory of truth and reconciliation in Chad and beyond.

Using a simple storytelling style that grows stronger with each passing scene, Dry Season draws the viewer into its small two-character drama set in post-war Chad, while it offers a deep reflection on injustice and frustrated revenge.

...a beautifully characterized reflection on revenge and forgiveness that is both reminiscent of and an inverse of the Dardennes brothers' 2002 The Son.

Mahamat-Saleh Haroun directs with a striking simplicity that gives the volcanic emotions space to simmer and surge...

There are no featured reviews for Dry Season (Daratt) at this time.