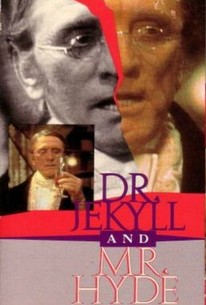 This made-for-TV musical adaptation of the oft-filmed Robert Louis Stevenson tale is a curious novelty -- not only because it predated the Tony award-nominated +Jekyll & Hyde: The Musical by nearly 25 years, but also because the musical numbers (by Lionel Bart and Irwin Kostal) are tackled by some of the least likely musical performers in movie history. Viewers will scarcely have the opportunity to recover from Kirk Douglas' opening number before having their senses assaulted by a capering, cackling Donald Pleasence belting out strains of "Smudge's Song," and the equally questionable vocal talents of Susan George. These aberrations aside, this is a noticeably threadbare, stage-bound production filmed entirely on a soundstage (whose walls are evident in several shots), giving the proceedings a dark, two-dimensional feel. The rugged-looking Douglas, though miscast as the tender, love-struck Jekyll, manages a clever turn as the doctor's leering alter ego, and there are some interesting twists added to Stevenson's story, particularly at the climax.

There are no critic reviews yet for Dr. Jekyll and Mr. Hyde. Keep checking Rotten Tomatoes for updates!

There are no featured reviews for Dr. Jekyll and Mr. Hyde at this time.