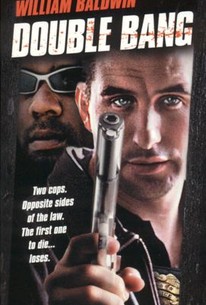 In this thriller, Brennan (William Baldwin) is an honest cop whose partner is murdered during an investigation of an organized crime syndicate. Determined to get to the mobsters who killed his partner, Brennan searches for the man who ordered his friend's assassination. Double Team offers two Baldwins for the price of one, with Adam Baldwin (no relation to William Baldwin) in the supporting cast alongside Elizabeth Mitchell and John Seda.

Thomas Rosales Jr.
as Cop No.1

Michael Ray Clark
as Cop No.2

Max Zerkowski
as Baby
View All

There are no featured audience reviews yet. Click the link below to see what others say about Double Bang!