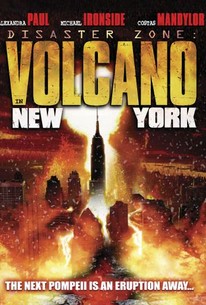 Michael Ironside, Costas Mandylor, and Alexandra Paul attempt to avert disaster when a volatile volcano threatens to turn New York City to ashes in director Robert Lee's made for television disaster film. A volcano has been discovered beneath the Big Apple, and it's about to blow. As the impending eruption continues to build in intensity, a bold group of unlikely heroes band dig a series of underground tunnels designed to safely filter the lava away from residential areas.

Robert Moloney
as Jacob
View All

There's enough silliness here to make this a movie worth laughing at, not with.

This is a really hokey movie. I wasn't impressed with the camera work, the special effects or even the whole story-line.