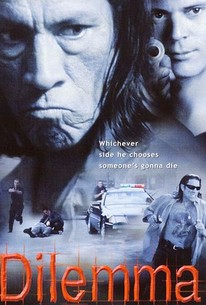 A condemned man's benevolent act turns out to be a desperate bid for freedom in this action thriller. Rudy Salazar (Danny Trejo) is a multiple murderer who has been sentenced to death, but an unexpected act of generosity takes him off death row. Rudy's bone marrow type matches that of a young girl suffering from a rare form of leukemia; he volunteers to donate his marrow for the girl's treatment in exchange for having his sentence reduced to life without parole. The courts agree, but Thomas Quinlan (C. Thomas Howell), the detective who cracked the Salazar case and put him behind bars, is convinced something is afoot. Sadly, Quinlan turns out to be right; as Salazar is being transported to the hospital for the marrow donation, he puts into motion a carefully organized escape plan, and soon the murderer is back on the street, with a number of dead police officers left in his wake. Now Quinlan and his partner Lydia (Sofia Shinas) have to capture Salazar for the safety of the public, as well as giving a little girl her last chance at survival. Dilemma marked the feature debut for director Eric Larsen.

B. Marie Bijou
as Cathy

Jason Clarke
as Guy No. 2

Zane Kessler
as Anders
View All

There are no critic reviews yet for Dilemma. Keep checking Rotten Tomatoes for updates!

There are no featured reviews for Dilemma at this time.