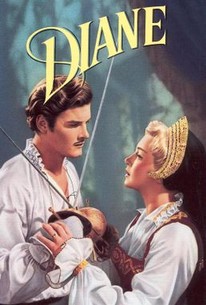 Based on the John Erskine novel Diane de Poitier, the mistress (Lana Turner) of the Renaissance-era French king Henry II (Roger Moore) faces the natural opposition of his wife, Catherine de Medici. Diane, originally hired by Henry's father--Francis I-- to teach the young prince of courtly manners, becomes his lover though the difference in their ages is 20 years.

Pedro Armendáriz
as King Francis I

Ronald Green
as The Dauphin

Geoffrey Toone
as Duke of Savoy

Bunny Cooper
as Ladies-in-Waiting
View All

Handsomely staged, but slow and tedious...

Not terribly accurate historical drama but Lana looks lovely in the period clothing. A bit slow moving but if you like the genre an enjoyable view.