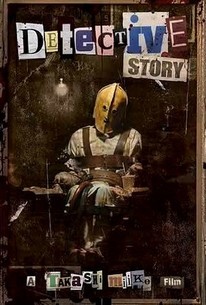 Audition and Ichi the Killer director Takashi Miike takes the helm for this mystery about two men named Raita who attempt to solve a series of perplexing murders. Japanese businessman Raita has just moved into his new apartment when he meets his next-door neighbor Raita, a seasoned detective. Soon thereafter, one of the detective's clients is killed and her liver removed. In short order, another female murder victim has her kidney's removed and a third, her lungs. Now, as the to Raitas follow a trail of bloody clues, their search for the killer leads them to an eccentric artist whose paint is said to consist of actual human blood and organs. ~ Jason Buchanan, Rovi

There are no critic reviews yet for Detective Story. Keep checking Rotten Tomatoes for updates!

There are no featured audience reviews yet. Click the link below to see what others say about Detective Story!