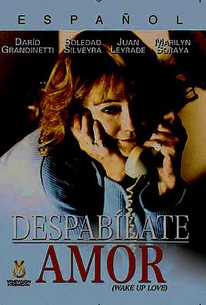 A group of former high-school buddies, now in their mid-40s, gather 25 years after graduation to relive their glory days. The reunion is the brainchild of Ricardo (AKA Elvis -- for his love of the King's music and his tendency to dance to it atop the roof of his office-furniture store). The old gang is comprised of Ricardo's depressive, hypochondriac wife Ana and her socially-conscious former lover Ernesto, a journalist who left Ana years ago to pursue his political ideologies in post-revolutionary Cuba. Ernesto's presence revitalizes Ana who in turn begins showing renewed interest in her husband. Unfortunately for her, by that time Ricardo has fallen in love with Vera, a beautiful Cuban cellist. Two other members of the old gang also show up. Finally there is Sebastian, Ricardo and Ana's 20-year-old son. A poet, he shares Ernesto's serious view of the world. As the party progresses, their reminiscences of the good old days are shown via flashback. ~ Sandra Brennan, Rovi

Diego Alcala
as Ernesto (As Teen)

Laura Azcurra
as Ana (As Teen)

Luciano Leyrado
as Ricardo (As Teen)

There are no critic reviews yet for Despabílate amor (Wake Up Love). Keep checking Rotten Tomatoes for updates!

There are no featured reviews for Despabílate amor (Wake Up Love) at this time.