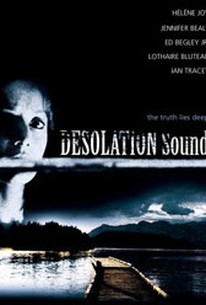 A woman hounded by jealousy, doubt, and guilt commits a shocking crime and suffers unexpected consequences in this psychological thriller. Laurel (Helene Joy) is a fortysomething artist living in rural Canada with her husband, Michael (Ian Tracey), but their relationship is hardly ideal -- he's often sullen and uncommunicative, and his work takes him away from home on a regular basis. Laurel is initially happy when an old friend, Elizabeth (Jennifer Beals), comes by to visit, but things become unexpectedly tense after a spell, and when Michael heads out on another assignment, Elizabeth shares a shocking secret with Laurel -- she and Michael have been having an affair. An argument follows which turns physical with disastrous results as Elizabeth dies after a high fall from a rooftop deck. Turning to one of her few friends in town, a troubled man with a dark past named Benny (Lothaire Bluteau), Laurel and Benny bury Elizabeth's body and attempt to cover their tracks. However, Doug (Ed Begley Jr.) begins to suspect that something is wrong and starts snooping around Laurel's house; at the same time, she finds herself slowly taking on the personality of the late friend who betrayed her. Desolation Sound received its premiere at the 2005 Vancouver Film Festival.

Layne Black
as Off. Wright

There are no featured audience reviews yet. Click the link below to see what others say about Desolation Sound!