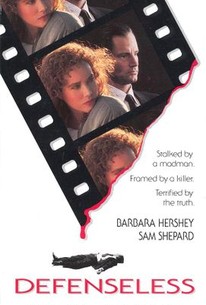 In this gripping thriller, a lady lawyer must fight for the life of her client and for herself when she inadvertently finds herself dead center in a controversial case involving a slain alleged pornographer. The trouble is, she had been romantically involved with him until she learned that he was married to her old college roomie who is the prime suspect in the case. Complicating matters is an insane father who is obsessed with getting revenge on the pornographer who has shamelessly exploited his runaway teen-age daughter.

John Achorn
as Board Member in Law Firm

Lisa Darr
as Board Member in Law Firm

William Hayes
as Board Member in Law Firm

Glenn Wilson
as Board Member in Law Firm

Sandy Ignon
as Doctor in Morgue

Carrie Jachnuk
as Singer at Fundraiser

Trevor A. Felix
as Bandleader at Fundraiser

The story is needlessly contrived and salacious, but the surprise ending does have some emotional impact.