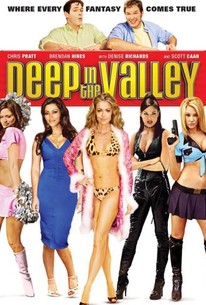 Love bring together two unlikely people as they travel from the present into the past in this drama from filmmaker Atsushi Funahashi. Yanaka is a neighborhood in Tokyo on the outskirts of the city that hasn't been affected as strongly by technological and architectural change as the rest of the town; many of the buildings look as they did in the 1950s and it has a character that appeals to its many elderly residents. Some of the young people of Yanaka also value its history and unique feel, and the Yanaka Film Association has been formed by a handful of twenty-somethings interested in preserving home movies that are a record of the neighborhood's past. Their ultimate goal is to find footage of the 1957 fire that destroyed one of Yanaka's most important landmarks, the Five Story Pagoda, and Kaori (Sato Mayu) and Hisaki (Nomura Yuki) are two of the young archivists sifting through amateur film collections. Kaori is a lovely young woman fascinated by Yanaka and its heritage, while Hisaki is the son of a career criminal who wants him to join his organized crime network, though Hisaki has little interest in the work. The longer Kaori and Hisaki work together, the more they're drawn to one another, and as they document the stories of elders about the neighborhood, they find themselves transported into the tales of the past. Deep In The Valley received its North American premiere at the 2010 Cinequest Film Festival. ~ Mark Deming, Rovi

Critic Reviews for Deep in the Valley

There are no critic reviews yet for Deep in the Valley. Keep checking Rotten Tomatoes for updates!

Audience Reviews for Deep in the Valley

Can't believe I wasted time watching this, so I'm sure not going to waste additional time writing about it.

Deep in the Valley Quotes