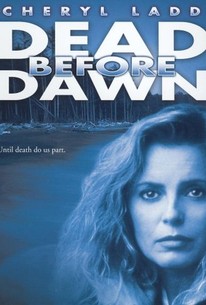 In the tradition of such woman-in-jeopardy nail-biters as Extremities and Sleeping With the Enemy comes the ABC made-for-television pic Dead Before Dawn, starring small-screen vets Cheryl Ladd (Charlie's Angels) and Jameson Parker (Simon & Simon). Though to outsiders' eyes all is well in the life of suburban housewife Linda (Ladd), behind closed doors and shutters her socially impeccable husband, Jeff (Parker), turns into a satanic monster, beating the living hell out of his wife and children. In a desperate move, Linda files for divorce, but the vengeance-starved Jeff -- panic-stricken that Linda's in-court testimonies will decimate his career -- will stop at nothing to shut her up...even homicide. Kim Coates and Hope Lange (Death Wish) co-star.

Critic Reviews for Dead Before Dawn

There are no critic reviews yet for Dead Before Dawn. Keep checking Rotten Tomatoes for updates!

There are no featured reviews for Dead Before Dawn at this time.