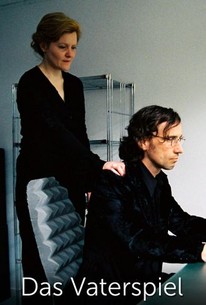 An unbalanced man finds himself drawn into a web of intrigue and violence in this thriller from director Michael Glawogger. Ratz (Helmut Koepping) grew up with a passionate hatred of his father and a inappropriate attraction to his sister; now grown to adulthood, Ratz is trying to work out his anger for his dad by designing a new video game in which players chase a father figure through an old house and finally do him in. As Ratz travels to the United States to sell his game to an electronics firm, he meets up with a childhood friend, Mimi (Sabine Timoteo), who has grown into a very sexy woman. Mimi needs some repairs done on her house in New York, and she persuades Ratz to do some of the work; Ratz becomes acquainted with Mimi's tenant, Lukas (Itzhak Finzi), an elderly man with a secret, and in time Ratz's story becomes linked with that of Jonas Shtrom (Ulrich Tukur), a man trying to find the war criminals who killed his parents during the holocaust. Das Vaterspiel (aka Kill Daddy Good Night) received it world premiere at the 2009 Berlin International Film Festival.

There are no critic reviews yet for Das Vaterspiel. Keep checking Rotten Tomatoes for updates!

There are no featured reviews for Das Vaterspiel at this time.