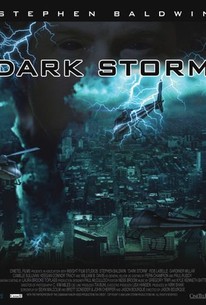 When a device more powerful than a nuclear bomb starts a chain reaction that threatens to destroy the entire world, the same scientists responsible for creating it must now figure out how to reign in it's power in this apocalyptic sci-fi action film starring Stephen Baldwin and William B. Davis. Dr. Daniel Gray (Baldwin) works in a top-secret military base alongside some of the greatest scientific minds on the planet. Recently, this crack team of scientists has created the ultimate weapon: something so revolutionary that it could give unlimited power to the military that wields it. But the weapon is experimental and unstable, and the destructive power unleashed when it soon fails threatens to consume entire continents. Now, with time running short and eager weapons dealers determined to unlock the secrets of this diabolical device, the same scientists who created it must shut it down before it's secrets are leaked and more lives are lost.

William B. Davis
as General Killion

Gerry Morton
as MP
View All

There are no critic reviews yet for Dark Storm. Keep checking Rotten Tomatoes for updates!

Hidden away in a top-secret military base, Dr. Daniel Gray leads a group of scientists that have made a device more powerful than the nuclear bomb. This new invention might become the ultimate weapon for those that control it, but when it fails and causes a chain-reaction that threatens the world, no one is safe. The project malfunctions and a leading scientist Daniel Gray (Stephen Baldwin) absorbs some of the "dark matter", making himself a self-generating weapon that allows him to control the weather and surrounding atmosphere. The final showdown between hero and villain is brief, and doesn't necessarily follow the rules set earlier. Shouldn't the dark matter dissolve anyone exposed to it like it did multiple times in the film? Apparently, villains can inhale it like crack and they become all powerful. Anyway, there's some world destruction, nasty special effects, and ridiculous plot twists before this one mercifully ends. This is not a repulsively bad movie, just an annoying one. If anybody else had been the lead star in the movie then I would've switched channels after five minutes. I can't believe I forced myself to sit through the whole thing.