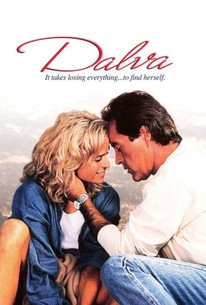 Farrah Fawcett delivers a dramatic tour de force in the title role of the made-for-TV Dalva. As a teenager, Dalva had fallen in love with Native American Duane Stonehorse (Jesse Borrego). Unbeknownst to her, Duane was her half brother -- a fact that came to light when she delivered Duane's baby. The child was forcibly taken from Dalva by the adoption authorities, whereupon Duane committed suicide. Thirty years later, Dalva returns to her home state of Nebraska, hoping to find her long-lost son. Impeding her progress is her growing relationship with dissolute historian Michael (Peter Coyote), whose latest book is based on Great Plains history as set down by Dalva's great grandfather, and another romance, this one with fiercely independent Native American Sam (Powers Boothe). Adapted from a novel by Jim Harrison, Dalva first aired March 3, 1996, on ABC.

Will Marchetti
as Lundquist

There are no critic reviews yet for Dalva. Keep checking Rotten Tomatoes for updates!

There are no featured audience reviews yet. Click the link below to see what others say about Dalva!