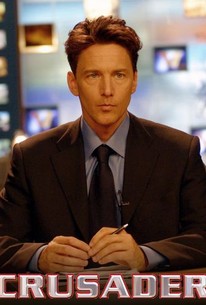 An unethical, small-time reporter stumbles onto a secret that just may revolutionize the entire telecommunications industry in this made-for-television action thriller starring Andrew McCarthy, Michael York, and Bo Derek. Having used less-than-legitimate means to acquire the shocking footage from his source, reporter Hank Robinson (McCarthy) must maintain a low profile as he attempts to go public with the controversial story.

Pep Torrents
as Sert
View All

Chatty, predictable, and seemingly comprised of three separate flicks jammed into one.

There are no featured reviews for Crusader at this time.