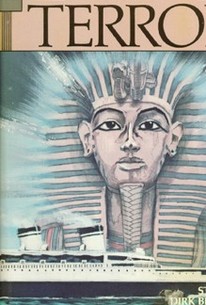 This delightfully bad made-for-TV movie throws together an assortment of television stalwarts and movie has-beens for what is essentially a horror version of The Love Boat. The plot involves a vacation cruise in the Gulf of Mexico, during which some of the passengers find an ancient Egyptian sarcophagus in an underwater cavern. Instead of "wasting time" explaining what Egyptian ruins are doing so far from Northern Africa, the writers decide to make things easy by making the coffin's occupant none other than the Devil himself. This stirs things up a bit for the hapless vacationers -- particularly for the fire-and-brimstone preacher (John Forsythe) who happens to be aboard. Cheap, campy, and topped off with a ridiculous ending, the film, at least, is not as boring as most TV movies of the sort.

Critic Reviews for Cruise into Terror

There are no critic reviews yet for Cruise into Terror. Keep checking Rotten Tomatoes for updates!

There are no featured reviews for Cruise into Terror at this time.