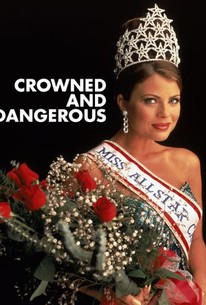 At times it is hard to tell whether this made-for-TV movie is supposed to be taken seriously or if it is nothing more than a John Waters-style spoof. Yasmine Bleeth and Jill Clayburgh are respectively cast as ambitious beauty contestant Danielle Stevens and her even more ambitious mother Cathy. It is clear from the outset that this pair will stop at nothing to win a prestigious beauty pageant, which naturally casts suspicion on both mother and daughter when the first runner-up is killed. But can it be that the murderer is the boyfriend of the victim, who happened to have been carrying said boyfriend's baby? Crowned and Dangerous made its ABC network debut on September 21, 1997.

Critic Reviews for Crowned and Dangerous

There are no critic reviews yet for Crowned and Dangerous. Keep checking Rotten Tomatoes for updates!

There are no featured reviews for Crowned and Dangerous at this time.