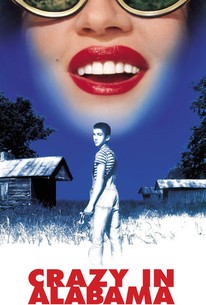 Critics Consensus: Melanie Griffith gets kudos for her performance, but the movie just doesn't seem to come together.

Critics Consensus: Melanie Griffith gets kudos for her performance, but the movie just doesn't seem to come together.

Critic Consensus: Melanie Griffith gets kudos for her performance, but the movie just doesn't seem to come together.

Comedy and drama take turns in this period piece based on a novel by Mark Childress. Peejoe (Lucas Black), short for Peter Joseph, lives in a small Alabama town in 1965, at the height of the Civil Rights movement. He becomes involved with a group of black students protesting the town's racially segregated municipal swimming pool, leading to a protest that explodes into deadly violence. But Peejoe has gotten a crash course in standing your ground and following your own path from his free-spirited Aunt Lucille (Melanie Griffith), who has killed her abusive husband and is headed for Hollywood, where she's convinced that television stardom awaits her. Crazy in Alabama marked the directorial debut of actor Antonio Banderas; his supporting cast includes Cathy Moriarty, Elizabeth Perkins, Rod Steiger, Fannie Flagg, and Meat Loaf Aday.

Amanda Aday
as Assistant at `Bewitched'

Marva Wright
as Singer at Pool

Lia Chapman
as Woman on Phone
View All

Critic Reviews for Crazy in Alabama

Mr. Banderas fills his movie with lots of overbearingly stylized imagery. The results are something like a big-budget student film.

Despite some rough intertwining, Crazy is an impressive directing debut from Banderas.

Because the civil rights sections are somber and serious and the Lucille sections exaggerated and giddy, Crazy in Alabama never finds any cohesive tone.

Unusual for a movie directed by an actor, a lot of the supporting performances in Crazy in Alabama are downright bad.

It's troubling to watch it stray and ramble as first-time director Antonio Banderas struggles to pull disparate elements together.

When it comes to pacing, Banderas is hopeless.

With its sluggish pace and awkward continuity, 'Crazy in Alabama' emerged as one of the most disappointing films released in 1999.

OK, Antonio, you love your wife, but that doesn't mean you have to cast her.

Banderas' direction is as unstable as an isotope on Three Mile Island.

Connecting Lucille's actions with the boy's in a way that makes sense is a challenge that first-time director Antonio Banderas and screenwriter Mark Childress fail to meet.

A cinematic hash of stale ingredients.

There are a lot of movies struggling to get out of Crazy in Alabama, and most of them are bad.

Audience Reviews for Crazy in Alabama

This is technically a "coming-of-age" film, but it has a kookiness to it that's irresistible. It deals with 60's racism without being heavy-handed - while also being a road-trip movie. It's completely odd and completely unique. Antonio Banderas should consider directing more often.