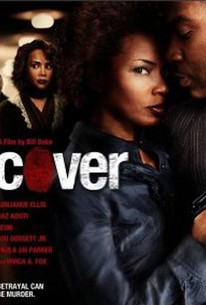 A woman accused could be either a killer or a victim in this psychological drama from director Bill Duke. Valerie Maas (Aunjanue Ellis) is a God-fearing housewife and artist who one day finds herself in a situation she never imaged possible -- being questioned on murder charges by no-nonsense police detective Hicks (Lou Gossett Jr.) and Simmons (Clifton Davis), a district attorney eager to close this case. As Valerie repeatedly insists she's not a murderer, she tells the story of the last several months of her life. Valerie's husband, Dutch (Razaaq Adoti), is a psychiatrist with a practice in Atlanta who was offered a high-paying job by his old friend Monica (Paula Jai Parker), who works at a hospital in Philadelphia. Dutch takes the job and Valerie dutifully follows, and as she seeks solace in the women's support group at local church, Dutch spends more and more time with drug-abusing Monica, her wealthy but disinterested husband, Kevin (Roger Guenveur Smith), and obsessively womanizing musician Ryan Chambers (Leon). As Valerie's marriage begins to fall apart, she suspects her husband is being unfaithful, but she's shocked to discover the truth is more complicated than she imagined. Cover also stars Vivica A. Fox, Patti LaBelle, and Mya Harrison. ~ Mark Deming, Rovi

Vivica A. Fox
as Zahara Milton

Cover is a social-problem film without a solution. While not of the first rank, its inventory of Philadelphia's hot restaurants and cool sights is an occasion for civic pride.

A perfect storm of movie badness.

Approached as comedy, Cover is a riot.

Would be a candidate for the year's most unintentionally funny movie so far - if it weren't also the most homophobic.

The flesh is weak but the spirit is indestructible in Cover, a ham-fisted morality tale.

So overwrought that it quickly crosses the line into unintentionally funny and never recovers.

Entertaining in a way the filmmakers probably weren't intending.

Duke appears to be aiming for a Tyler Perry-style mix of the taboo and the saintly, but his touch is so leaden that one ends up giggling, not weeping.

A cinematic disaster which attempts to address a pressing social issue, but only fails miserably in the process.

This reprehensible effort is not only an embarrassment to Duke, but to everyone involved ... the offensively homophobic message behind this movie is not the only thing that makes it truly awful.

Fo shizzle, if it doesn't attain the well-deserved status of a camp classic, only the straight-to-video aesthetic will be to blame.

Cover is a pretty good film that everyone should try to watch atleast once in their life.

Although they chose to portray the issues within the black community, I thought they did a good job in conveying their message of social awareness to the public. In real life, the issues that the movie tackles arent confined within the black community, its happening everywhere, married or just going out, how well do you really know the person your sleeping with? How about the one youre going out with? Okay, you might say that it sounds like a "relationship movie", well its not. Its actually like pizza, its got a little bitta this n that. Oh, just go ahead and watch it already!!! On other things, some might get turned off with it because of the ff: 1. the very lame plot/synopsis written for the movie 2. Religious context 3. Stupid reviews written by other people, most especially when its being compared to Brokeback Mountain.... theyre sooo off the point.. To do the movie some justice, I assure you that watching this isnt the same as reading that lame plot, and although some people prefer to *ahem* veer away from the preachy religious typa movies, well.. okay it might have some scenes where its all about being good and some of the characters try to preach the other about God, but if you actually look carefully, you might see how conflicted we are as human beings (and how hypocritical we might be because of our opinions and beliefs)