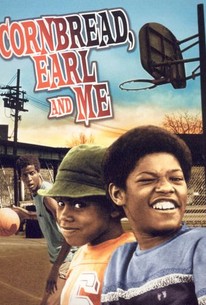 Cornbread, Earl and Me Photos

Cornbread (Keith Wilkes) is an African-American youth who strives to escape his ghetto surroundings. He does so by becoming a high school basketball star--and the idol of the other youngsters in his community. On the verge of starting college on a scholarship, Cornbread is mistakenly killed by a police officer. Keith Wilkes, who plays the title role, was in real life an all-American at UCLA. Cornbread, Earl and Me, which was based upon Ronald Fair's novel Hog Butcher, marked the big screen debut of Laurence Fishburne.

Antonio Fargas
as One Eye

Critic Reviews for Cornbread, Earl and Me

Though a few overwrought scenes are reminiscent of a TV movie, on the whole this is an involving and touching film.

Audience Reviews for Cornbread, Earl and Me

In a neat piece of cinematic symmetry, one-and-a-half-decades before Larry Fishburne as Furious Styles tells his son "any fool with a d**k can make a baby, but only a real man can raise his children" , little Laurence Fishburne III is getting some wisdom on becoming that man from his mom. Slightly cheesy drama about an accidental police shooting and the moves to cover it up by all and sundry by smearing the innocent victim's reputation. Of its time but still relevant today, and amongst the variable acting talents, Fishburne is a standout.

Cornbread, Earl and Me Quotes