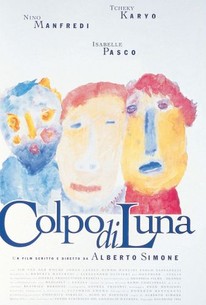 In this Italian drama an astrophysicist returns to his birthplace and re-discovers his humanity. Lorenzo needs money. He stops his research in Milan and goes to his former childhood villa in Sicily to sell it. Because workers are renovating it, he must linger longer than he wanted. He begins to remember the slower pace of Sicilians as compared to the hustle of mainland urban Italy. He slowly becomes friends with Salvatore, the head repairman. He lives in an alternative-therapy community for mental patients. His son Agostino is a patient there. Salvatore's simple philosophies have a cathartic effect upon Lorenzo who begins to view the handyman as a father figure. When Lorenzo was younger his own father died. As a result, Lorenzo left Sicily. The research also finds healing in his relationship to Luisa, another patient to whom is drawn. ~ Sandra Brennan, Rovi

Karyo and Manfredi's performances are endearing, as is the evocation of village life and the filmmaker's underlying purpose to do good in a world growing more cynical and materialistic.

There are no featured reviews for Colpo Di Luna at this time.