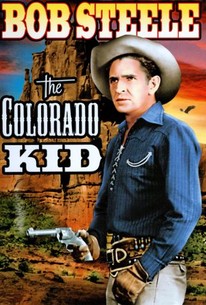 Less than a week after the release of the Bob Steele western Paroled-to Die came yet another Steele vehicle, Amateur Crook. Once again, the hero (Steele) is framed for a crime he didn't commit. Once again, he breaks jail to track down the culprit. And once again, he succeeds. Amateur Crook was part of a package of A. W. Hackel-produced westerns distributed by Republic. According to B-western historian Don Miller, it was considered the best of the batch (though it really wasn't), and used by Republic as an "ice breaker" to entice exhibitors to pick up the rest of the series.

Horace B. Carpenter
as Bartender

Wally West
as One of Toles' Men
View All

There are no critic reviews yet for Colorado Kid. Keep checking Rotten Tomatoes for updates!

There are no featured reviews for Colorado Kid at this time.