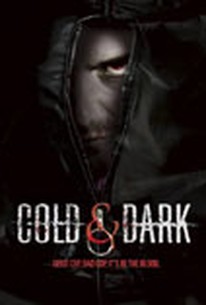 The living dead set out to settle some old scores in this audacious blend of horror and crime thriller. John Dark (Luke Goss) and his partner, Mort Shade (Kevin Howarth), are a pair of police detectives working the vice squad in a rough-and-tumble dockside neighborhood. After Mort is killed in an altercation with crooks in a refrigerated warehouse, John is startled to see him back on the beat, but it turns out this isn't the same old Mort. The late policeman's body has been possessed by a malevolent and bloodthirsty spirit, but while the demon is looking for blood to keep itself alive, Mort is determined to do away with some of the too-hot-to-touch criminals he'd been chasing with John for years. ~ Mark Deming, Rovi

Critic Reviews for Cold and Dark

There are no critic reviews yet for Cold and Dark. Keep checking Rotten Tomatoes for updates!

Audience Reviews for Cold and Dark

Really quite bad. So bad in fact it's actually kinda' fun. And if you're a Luke Goss fan it's a must see, lots and lots of close ups. lol