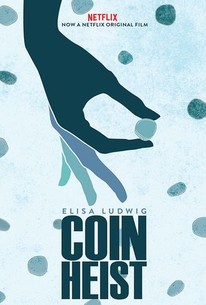 The last place you'd expect to find a team of criminals is at a prestigious Philadelphia prep school. But on a class trip to the U.S. Mint - which prints a million new coins every 30 minutes - an overlooked security flaw becomes far too tempting for a small group of students to ignore. United by dire circumstances, these unlikely allies - the nerd, the slacker, the athlete, and the perfect student - band together to attempt the impossible: rob the U.S. Mint. This diverse crew is forced to confront their true beliefs about each other and themselves as they do the wrong thing for the right reasons. COIN HEIST is a fun, suspenseful and compelling thriller, told from the revolving perspectives of four teens, each with their own motive for committing a crime that will change all of their lives - if they can pull it off.

Will Denton
as Dylan

One of the finest achievements of Hagins' adaptation is that none of her main characters can be defined by a reductive label.

Coin Heist is like Ocean's 11 meets The Breakfast Club, but minus the charm, character and ambition.

David James
We Got This Covered

I suspect that in short order, you'll realize the real theft is of the minutes you could have spent doing something more productive.

There are no featured audience reviews yet. Click the link below to see what others say about Coin Heist!