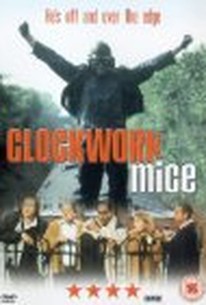 This syrupy British drama stars Ian Hart as an English teacher assigned to a "special needs" school. Faced with a classroom full of angry, unruly children, Hart hopes to bring about order and unity by sharing his love of cross-country running. As is generally the case in films of this ilk, the teacher must wear down the resistance of the class' most difficult and obstreperous kid (Ruaidhri Coroy). Disaster looms on the horizon when the boy's father dies, prompting him to indulge in a series of dangerous running stunts that threaten the wellbeing of all concerned. Wending its way throughout Clockwork Mice is a romantic subplot involving Ian Hart and fellow teacher Catherine Russell. ~ Hal Erickson, Rovi

This is such original territory for a British movie that Vadim Jean's hackneyed direction comes as a severe let-down.

There are no featured reviews for Clockwork Mice (Running Wild) at this time.