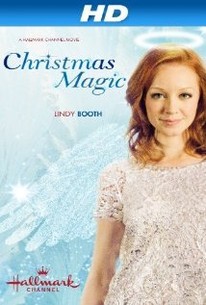 Carrie Bishop (Booth) lives for her successful career as an event planner in New York City, but her life changes in an instant after a nasty car accident in a snowstorm. Carrie suffers head trauma and regains consciousness in Central Park with an older man, Henry (Derek McGrath, "Little Mosque on the Prairie"). Henry is Carrie's spirit guide and is there to help her "pass over" to Heaven. But before Carrie can move on, she must fulfill one last task on Earth - a type of Angel Duty. Henry tells Carrie that she must help guide a widowed, young restaurant owner, Scott Walker, (McGillion) who has recently considered suicide because his beloved restaurant/catering business is utterly failing. Carrie befriends Scott and his 8-year-old daughter and immediately displays a knack for promoting the restaurant. But time isn't on Carrie's side on this mission. She has until midnight Christmas Eve to turn the eatery around. As friendship grows, romance blooms, and Carrie finds it a struggle to keep business and pleasure separate. Will the heat in Scott's kitchen be all about the food? Or is one Angel on a meteoric rise to earn her wings?

There are no critic reviews yet for Christmas Magic. Keep checking Rotten Tomatoes for updates!

There are no featured reviews for Christmas Magic at this time.