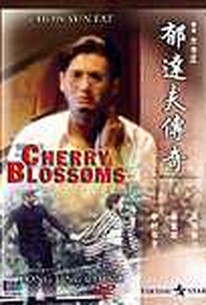 Hong Kong director Eddie Fong was frustrated with the final cut of this intelligent but troubled film which began life as a Shaw Brothers production in 1985 but found its way to Golden Harvest (which added nude scenes) when the original studio folded. The film deals with the life of Chinese writer Yu Ta-fu, portrayed as an adult by Chow Yun-fat in the film's opening and closing segments. Most of the film is a flashback telling the story of Yu's coming of age in Japan and the strained relations between the Japanese culture and his own. Yu meets a beautiful girl named Lung and falls in love with her, then travels to Nagoya to finish his science education so that he can become a worthy suitor and win her hand. He runs into Lung again during the course of his studies there and struggles to gain her trust, eventually learning that she and her father are also Chinese and are in hiding because he abetted the revolutionary leader Sun Yat-sen. Yu loves Lung, but must compete for her affections with his Japanese friend Isao, who wants to marry her not so much because of romance, but a sense of obligation to protect her from reprisals by the Japanese military. The film balances its love story with a sketch of Yu's days as a Japanese interpreter at the end of World War II and a sober meditation on the differences between the two cultures, much of which -- as Fong himself believed -- is somewhat compromised by the gratuitous addition of nudity by Golden Harvest. Fok Tak-wah and Wong Kwok-ling co-star with Japanese performers Muthumi Itakura and Sachiko Nakamura. ~ Robert Firsching, Rovi

Critic Reviews for Cherry Blossoms: When Tat Fu Was Young

There are no critic reviews yet for Cherry Blossoms: When Tat Fu Was Young. Keep checking Rotten Tomatoes for updates!

There are no featured reviews for Cherry Blossoms: When Tat Fu Was Young at this time.