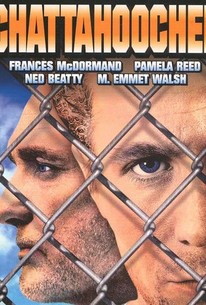 Aiming to procure insurance money for his family, Emmet Foley, a Korean War vet, attempts to commit suicide in the '50s and is soon locked up in a Florida state mental hospital after being wrongly declared insane. It is here that he finds unbelievably cruel treatment by the staff of the defenseless patients and he spends years attempting to call public attention to what is going on inside the institution. Gary Oldman stars in this truth-based drama about Chris Calhoun, supported by actors Dennis Hopper, Ned Beatty, Pamela Reed and Frances McDormand among others.

George Nannerello
as Patient Without Shoes

Kevin Campbell
as Inmate in Cesspool

Jerry Campbell
as Inmate in Tunnel

B.J. Koonce
as Woman at Investigation

When a story sags or a character seems unlikely, the excuse of the "true story" always is the same: This really happened! Yes, but we are not at the movies because it really happened.

Unless you're a sadism fan, watching it can seem as tedious as actually spending a few years in the institution it both criticizes and secretly celebrates.

This fact based story from the mid 50s American penal system is a sobering and dramatic reminder of how many states treated mentally ill patients, criminal or otherwise

Off the beaten track, but too bleak to merit the detour.

Great performances by Oldman, Hopper, Reed and McDormand add to the intriguing true story of one patient's battle to reform a mental institution. Nice direction and realistic throughout.

Hard as hell to sit through, but SO worth it if you do. Gary Oldman plays a Korean War veteran who cracks up and is sent to an asylum/prison camp that makes the farm in Cool Hand Luke look like Disneyland. Supposedly based on a true story about a place in Louisiana. Oldman is fantastic. He's so talented. It's a shame he wastes so much effort playing freaks -- True Romance, anyone?

Based on a true story, a Korean war vet named Emmett Folley (played by Gary Oldman) can't adjust to life back home and has a crisis with the law. He is sent to Chattahoochee, an outhouse of an institution where the state of Florida locks the mentally ill and the criminals together. Emmet is a rebel against the cruel guards. Emmet's wife and kid are visiting less and less, so Emmet finds companionship in Walker Benson (played by Dennis Hopper). The two of them talk of escaping this place, but Emmett has a bigger idea... A movie of the human spirit against all disgusting odds; they were probably hoping for Academy Award nominations with this one. It's grim and gritty, but is ultimately a joy to watch.