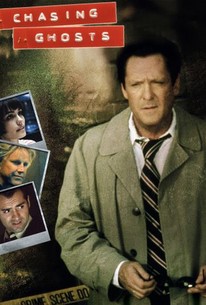 When a weary detective on the verge of retirement begins receiving ominous messages from a sadistic serial killer determined to stir up the past, the stage is set for a deadly confrontation in an all-star crime drama featuring Michael Madsen, Gary Busey, Meat Loaf, and Michael Rooker. Years on the job have shown Detective Harrison (Michael Madsen) more horror than most normal folks would experience in two lifetimes. As Detective Harrison prepares to pass the baton on to the up-and-coming rookie poised to take his place in the police force, the murder of numerous underworld heavies leave the befuddled veteran and his younger protégé grasping for clues. When the killer begins taunting Detective Harrison with a variety of stealthy clues and grisly photographs left behind at the crime scenes, an unsolved case from the past threatens to bring the sins of the past out of the shadows and into the light of the present.

Jon Spinogatti
as Lohaus
View All

...substantially better than the majority of its direct-to-video brethren...

There are no featured audience reviews yet. Click the link below to see what others say about Chasing Ghosts!