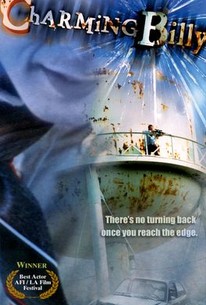 Director William R. Pace debuts with the chilling account of a mild-mannered midwesterner who went horribly wrong. The film opens with a lone sniper atop a water tower firing at terrified passers-by. As he commits mass murder, the film flashes back to the events that led up to this drastic act. Billy led a quiet life of desperation, starting with demeaning part-time jobs, a pushy wife, and his bullying father. A sense of doom and tragedy hovers over Billy like a black cloud until one day the weight proves to be too great and he starts his rampage. Charming Billy debuted at the L.A./AFI Film Festival.

There are no featured audience reviews yet. Click the link below to see what others say about Charming Billy!