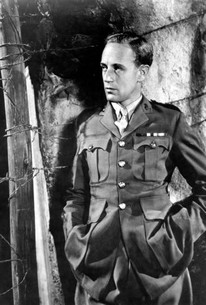 Adapted from a "drawn from life" novel by Sir Phillip Gibbs, Captured is the story of the men in a German POW camp during World War I. Amongst the allied prisoners are Leslie Howard and Douglas Fairbanks Jr. (British), and Paul Lukas (French). Adding to the dramatic intensity is the fact that both Howard and Fairbanks had been in love with the same aristocratic young woman before the war. Instead of serving up slam-bang action sequences, the film is more concerned with detailing the Hell of war and the despair of those who fight it. Not quite in the same league as La Grande Illusion or Stalag 17, Captured is nonetheless worth a second glance. ~ Hal Erickson, Rovi

Robert H. Barrat
as The Commandant

Frank Reicher
as The Adjutant

Perhaps it was so botched I just thought there must have been some reason for the production in the first place.

There are no featured reviews for Captured! at this time.