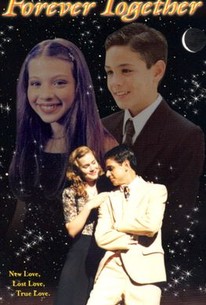 A boy tries to solve the mysteries of growing up with the help of a ghostly friend in this comedy-drama. Thirteen-year-old Danny (Bryan Burke) is having more than his share of problems adjusting to life after the death of his father, and it doesn't help that he's falling in love with Julie (Michelle Trachtenberg), a girl who has been his best friend for years. Julie happens to have a crush on Archie (Michael Galeota), a new kid at school, and she finds Danny's attempts to win her heart more comical than convincing. While visiting his father's grave to play him a song he's been learning for the school band, Danny encounters the ghost of Hubbie Darling (Ralph Macchio), a jazz saxophonist from the '30s who is waiting for the spirit of the woman he loved. Hubbie takes Danny under his wing and tries to give him a few pointers on the fine art of dealing with the fairer sex -- while also showing him how to play his horn like a pro. Forever Together (which was produced under the title Can't Be Heaven) also features Diane Ladd, Garry Marshall, and Matt McCoy.

Critic Reviews for Can't Be Heaven

There are no critic reviews yet for Can't Be Heaven. Keep checking Rotten Tomatoes for updates!

There are no featured reviews for Can't Be Heaven at this time.