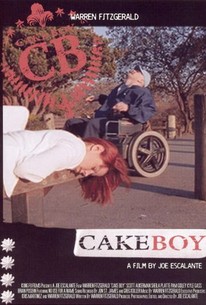 Vandals guitarist Warren Fitzgerald stars as a down-on-his-luck baker in the quirky comedy Cake Boy. Selwyn Hills (Fitzgerald) specializes in making cakes that approximate the look of certain aspects of female anatomy. Nobody in town treats him with the respect he feels he deserves, so he leaves his harridan girlfriend and becomes a roadie for a punk band. He begins a relationship with a handicapped woman, and learns valuable life lessons during his work with the band. He summons enough self-confidence to battle a French chef in a baking contest.

There are no critic reviews yet for Cake Boy. Keep checking Rotten Tomatoes for updates!

There are no featured reviews for Cake Boy at this time.