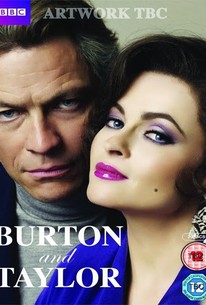 Drama telling the story of Hollywood's most glamorous couple, Richard Burton and Elizabeth Taylor, who acted together for the last time in Noel Coward's Private Lives in 1983. When Elizabeth Taylor and Richard Burton met on the set of Cleopatra, the attraction was immediate. The public were enthralled by their illicit romance, two tempestuous marriages, frequent break-ups and extravagant reunions. They were the original fabulous stars, conspicuous in their consumption of clothes, houses, yachts, diamonds, and, more damagingly, alcohol. In 1976 Richard and Elizabeth divorced for the second time. They both married other people and it seemed that the romance of the century might truly be over. Then, in 1982, they both separated and were free again. In 1983, Richard and Elizabeth had one final reunion on the stage when they spent seven months touring with Noel Coward's Private Lives. During the tour public speculation grew about the possibility of another marriage, but in private old frictions played out once again. Speculation about another reunion ended when Richard Burton married his fiancée Sally Hay halfway through the run. This is the story of the first celebrity 'it' couple. Beyond alcohol, pills and the trappings of fame, was love the ultimate crutch that allowed them to escape the realities of their extraordinary lives? Funny, glamorous, tempestuous and dripping with diamonds, this is the last battle of the Burtons. (c) BBC

Critic Reviews for Burton And Taylor

Bonham Carter has a firm hand on a fundamental conflict within Taylor, which is that she seems like such an impossibly elegant, self-possessed woman at some moments and like such an infuriating flake at others.

Bonham Carter offers up a sympathetic Liz who is in the process of squandering her talent; West makes Burton's brokenness seem like a noble resignation. And both seem surprised that each other's company is no longer the cure for what ails them.

It's a film that asks a lot from West and Bonham Carter, who deliver time and again in roles that could have eaten them alive. Instead we feast.

Not only does it capture the essence of the two outsize icons of film and scandal, it also brings them in for a humanizing close-up.

BBC America is here to set the universe right again with its love/hate story about Hollywood's hot mess of a couple.

Elizabeth Taylor and Richard Burton were a riveting couple and Burton And Taylor was a wholly riveting 90 minutes.

Burton and Taylor succeeds thanks to its truncated timeline and intimate feel.

Burton and Taylor delivered surprises and careful insights, and whether or not any of it was technically true (though I'm sure it was), it didn't matter. At the end of the day, as a story about two people we thought we knew, it worked.

It's difficult to gauge how much fascination viewers still have for the couple, but Burton and Taylor is as good as it gets.

Burton and Taylor distills the special pleasure those aging movie stars could still take in each other's company long after their passion was spent.

Audience Reviews for Burton And Taylor

There are no featured audience reviews yet. Click the link below to see what others say about Burton And Taylor!