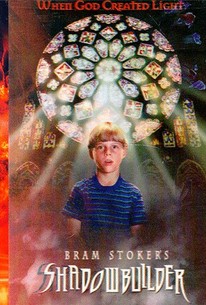 Built more on suspense and audience imagination than on cheap thrills, genre-cliches, and gore, this Canadian horror movie centers on the evil doings of a murderous demon and the determination of a courageous priest (Michael Rooker) to stop it. The smoke-like demon arises from the netherworld in response to a satanic ritual held in an empty warehouse. The priest showed up in time to destroy the worshipers but not soon enough to stop the devil's minion from escaping into the city's labyrinthine sewer system. Travelling underground, the demon eventually resurfaces in Grand River, a peaceful little town. Meanwhile, the priest investigates the bodies of the dead satanist and on one of them finds papers that lead him to a young boy in the aforementioned town. This fatherless child has been divinely marked for greatness, and the demon has been called forth to destroy him, but before he can, the creature must consume large quantities of human blood to build up its power. His presence and the rising body count drives the locals insane, something that only hinders the priest on his desperate quest to save the child and return the demon to his fiery domain.

Tara Crooks
as Lizzie
View All

There are no featured audience reviews yet. Click the link below to see what others say about Bram Stoker's Shadowbuilder!