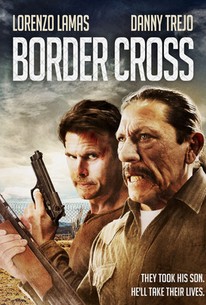 An ex-boxer's son is taken from his home by human traffickers, who plan to sell him in the Middle East. Danny "Boy" Jackson ($LOrenzo Lamas left the house for only a short time, but finds his son missing when he returns. He must rediscover the fighter in himself to track down his son before it's too late in this /action thriller from director Chuck Walker.

There are no critic reviews yet for BorderCross. Keep checking Rotten Tomatoes for updates!

There are no featured audience reviews yet. Click the link below to see what others say about BorderCross!