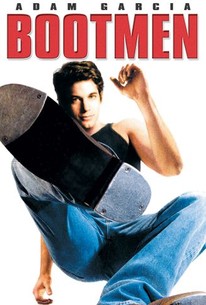 Dein Perry, the dancer and choreographer who scored an international hit with the stage show Tap Dogs, made his debut as a film director with this drama inspired by his early days as an Australian laborer. Sean (Adam Garcia) and Mitchell (Sam Worthington) are two brothers who work at a steel mill in a rough-and-tumble area of New South Wales, Australia. Sean is a talented dancer and thinks this could be his ticket to a better life; Mitchell, however, is more practical, and tries to talk his brother into joining him as he opens a new business, leaving dancing as a hobby. Tensions grow between the brothers when Sean quits his job to study with a well-known dance troupe and come to a head when Sean and Mitchell fall for the same woman, Linda (Sophie Lee). Dein Perry also co-wrote the original story for Bootmen, as well as appearing in a small role. ~ Mark Deming, Rovi

The movie has been adapted by director Dein Perry from his own performance piece, which he might have been better advised to make into a concert film.

All shiny surfaces with nothing underneath.

Exorbitantly MTV-ish with its slick pacing, utter lack of depth and frequent, mindless outbursts of euphoria for mere euphoria's sake.

Think Billy Elliot, Flashdance and The Full Monty, and then say ugh!

A raucous and rowdy Australian film that will send you from the theatre deliciously happy with a genuine smile on your face.

well this lil number co-stars Sam Worthignton (you had to see that coming, right?O Anyway so Sean (Adam arcia) & Mitch (Sam) He & tapped danced as kids. (something tell me that was the mom?s choice..) as kids & currently working at a steel factory in a coastal Australian town. Sean is the nly one to get the chance to be part of a tap show in Sydney but doesn?t last long as he gets in row with one of the lead dancer (who he?s better, Younger & better looking than) Mitch is out liftin cars so he can get the truck he wants. When it comes to the industrialized tap.. makes it a lot more entertaining than just a regular tap dancing recital. (I took tap dancing , this movie amused me more than when I was in the class. Plus the choreography was so much better than the older classes. Mmm wonder if I could try some of those moves out..) Well Sam?s character & this other character named huey (what a dorky name for someone that?s suppose to be badass.. are somewhat at war with each other so there?s many levels to the movie, to me original when it comes to creativity.. I have to give the guy credit for doing this in a steel mil if that?s for real (I think its based on a real person?s story) so I?ll give this one a B cause it was funny, Dramatic & well one part just about gave me a heart attack. B