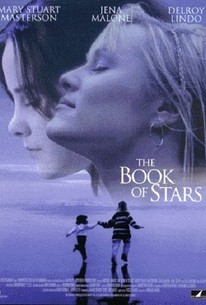 The Book of Stars Photos

This independent drama examines the relationship between Mary (Jena Malone), a 15-year-old girl whose been forced into a wisdom beyond her years by dealing with a serious illness, and her older sister Penny (Mary Stuart Masterson). The responsibility of caring for Mary has fallen to Penny, who watches over her sister by day and supports them both at night by turning tricks, using drugs to blot out her depression. While the harsh realities of life have blunted Penny's spirits, Mary has found a way to stay in touch with the beauty and magic of the world around her. Watching over Mary and Penny are Prisoner (D.B. Sweeney), a poet who got his nickname after a stay in jail; Kristjan (Karl Geary), a political refugee who works at the corner store; and Professor (Delroy Lindo), the sisters' gruff but good-hearted neighbor. The Book Of Stars received its world premier as part of the 1999 South By Southwest Film Festival.

Critic Reviews for The Book of Stars

There are no critic reviews yet for The Book of Stars. Keep checking Rotten Tomatoes for updates!

Audience Reviews for The Book of Stars

Wow! I thought I commented on this movie before, oh well. A fantastic story plot. Great cast. This is a beautiful story about two sisters (Mary Stuart Masterson and Jena Malone). They grew up together without their parents, with older sister (Masterson) taking care of them. Delroy Lindo, Karl Geary, and D.B. Sweeney all star in this movie. A must-see!!

The Book of Stars Quotes