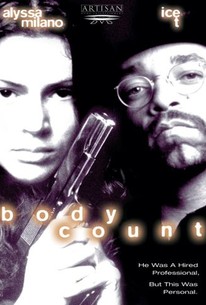 Daniel Simpson (Justin Theroux) is headed to the home of his wealthy family to celebrate Thanksgiving, with his girlfriend Suzanne (Alyssa Milano) at his side, but Daniel is not looking forward to the holiday. He's long felt like an outcast in his family, and his staunchly conservative parents don't much care for him or his ideals. Thanksgiving dinner turns into an ugly argument, as Daniel's father insists that his son should take over the family business, a prospect that holds no interest for Daniel. Wanting to take a break from the ugliness, Daniel and Suzanne head down to the basement to cool off and collect their thoughts. However, while Daniel and Suzanne are trying to relax, a gang of thieves, led by Jim (Ice-T) and Tiny (Tiny Lister Jr.), break into the house and murder the family. Daniel and Suzanne realize that they're the only survivors, but do they hide in the cellar as the gang robs the house of its valuables, or try to escape before they're found and executed? Below Utopia was released on home video under the title Body Count, doubtless thanks to the presence of Ice-T in the cast. ~ Mark Deming, Rovi

Richard Danielson
as Cole
View All

There are no critic reviews yet for Body Count. Keep checking Rotten Tomatoes for updates!

There are no featured audience reviews yet. Click the link below to see what others say about Body Count!