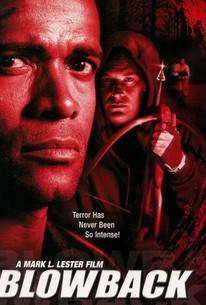 Mario Van Peebles and James Remar star in this action drama in which a police detective learns that a murderer he helped put behind bars has been released from prison. The CIA recruited the felon to work as a hired killer for the federal government, but his superiors dangerously underestimated his enthusiasm for this work; the murderer breaks free from custody while in training and goes on a remorseless killing spree, with the detective being one of the only men who knows how to stop him.

Richard B. Stay
as Noah Whitman

There are no critic reviews yet for Blowback. Keep checking Rotten Tomatoes for updates!

There are no featured reviews for Blowback at this time.