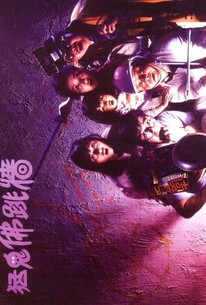 Before directing his 1993 fantasy classic The Bride With White Hair, Ronny Yu spun this slapstick horror flick about a family man and a haunted house. The film centers on Bill Chang (Bill Tung Biu), a white-collar worker who is allowed to move from his crowded apartment to a company-owned abode following a long-anticipated promotion. This sounds great to Bill until he learns the place is out in the sticks. Worse, the house appears to be haunted. When an inept Taoist priest fails to rid the place of evil spirits, Bill finds himself possessed by the crazed ghost of a long-dead Chinese opera star. He learns that the dwelling's previous tenets were burned alive, and Bill -- who is at the mercy of the opera-singing spirit -- appears to be on the road to toasting his family to a crisp as well.

Critic Reviews for Bless This House

There are no critic reviews yet for Bless This House. Keep checking Rotten Tomatoes for updates!

Audience Reviews for Bless This House

It's a black comedy about haunted house in Hong Kong. It doesn't have the most original story line but the quirky characters and funny elements gave the film an uniqueness it so desperate needed.