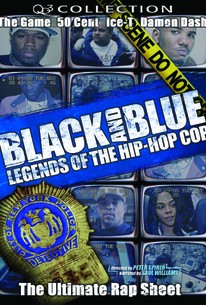 Learn the truth behind the dirty little secret that has plagued the hip-hop community for years in a startling documentary focusing on retired New York City Police detective Derrick Parker and the officially sanctioned police unit assigned the task of keeping tabs on the biggest chart-toppers in music. Compelled to create a NYPD rap unit following the widely publicized 1997 murder of rapper Notorious B.I.G., Detective Parker and his team went on to profile a wide variety of hip-hoppers including Snoop Dogg, The Game, 50 Cent, Ja Rule, Jay-Z, and Lil' Kim in the years that followed. Their unit officially sanctioned just three short years later, Detective Parker and company would continually question and harass the recording artists without probable cause, simultaneously keeping them under constant surveillance and creating a "Rap Binder" frequently used in law enforcement training. In this documentary, Detective Parker not only reveals the infamous "Rap Binder," to the general public for the very first time, but also discusses the creation of the unit and addresses the controversy it has spawned.

There are no critic reviews yet for Black and Blue: Legends.... Keep checking Rotten Tomatoes for updates!

There are no featured reviews for Black and Blue: Legends... at this time.