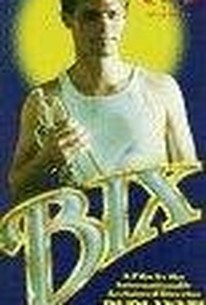 One of the leading cornet players of the early jazz era of the 1920s, and one of the great jazz innovators, was well-brought-up Midwestern white boy Bix Biederbecke (1903-1931), who just couldn't keep away from what was then often considered to be low-down and trashy music, despite the relentless efforts of his stodgy and oppressively respectable family to keep him at home. Between the conflict caused by his relations with his family and his own difficulties negotiating the sometimes harsh world of the music business (yes, even then) he was a hardcore alcoholic at the height of Prohibition. Some say that cheap, dangerously ill-prepared liquor did him in at the tender age of twenty eight; others contend that he would have died of drink anyway, driven by his internal demons and family conflicts. This Italian-made biographical drama, while it includes much of his extraordinary music, focuses mainly on his conflict with his family. ~ Clarke Fountain, Rovi

Vince Giordano & the Nighthawks
as Bass

There are no critic reviews yet for Bix. Keep checking Rotten Tomatoes for updates!

There are no featured reviews for Bix at this time.