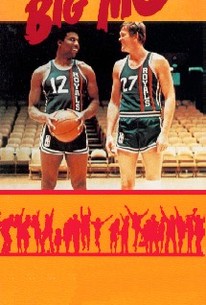 Originally titled Maurie, Big Mo is the true story of Cincinnati Royals player Maurice Stokes. On the verge of even greater career heights, Stokes suffers a head injury. Paralyzed, he is confined to a hospital bed, and must face the very real possibility of losing his life as well as his livelihood. Stokes' teammate Jack Twyman devotes the next decade to rehabiliting his immobile friend-both physically and emotionally. Bernie Casey stars as Stokes, while Bo Swenson delivers one of his best-ever performances as Twyman.

Chris Schenkel
as Himself
View All

There are no critic reviews yet for Big Mo. Keep checking Rotten Tomatoes for updates!

There are no featured reviews for Big Mo at this time.