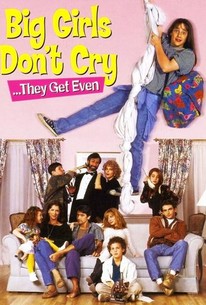 Joan Micklin Silver tries her mighty best to wring something substantial out of Frank Mugavero's banal sit-com screenplay concerning the effect of divorce on the divorced parents' off-spring. Hillary Wolf stars as Laura Chartoff, a lonely thirteen-year-old girl who is the victim of multiple parental divorces and remarriages. She lives with her current stepfather Keith Powers (David Strathairn), a cool businessman, and her flighty, self-absorbed mother Melinda (Margaret Whitton). Her biological father David (Griffin Dunne) is a struggling artist separated from his second wife Barb (Patricia Kalember) and is now living with a younger woman Stephanie (Adrienne Shelley), who is pregnant with twins. After a fight with her mother and stepfather, Laura runs away to a rustic cabin in the woods being built by her older stepbrother Josh (Dan Futterman). When she spots Keith and Melinda walking up the road to the cabin, Laura dashes off into the forest. Reported missing, all of the members of Laura's extended family converge at the cabin to try to find her.

Critic Reviews for Big Girls Don't Cry...They Get Even

There are no critic reviews yet for Big Girls Don't Cry...They Get Even. Keep checking Rotten Tomatoes for updates!

Audience Reviews for Big Girls Don't Cry...They Get Even

"Step Kids" morphed into this. Not that great.

Slightly good! I remember watching this as a child.