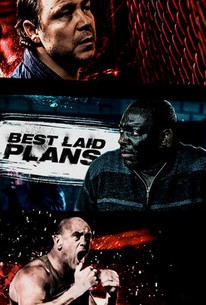 Two men, a unique friendship, a violent world. Danny is a scruffy small-time chancer, small in stature, but with a sharp eye for a scam. Joseph is a giant of a man, but with the mental age of a seven-year-old and gentle as a lamb despite his extraordinary strength. Living together in their inner-city flat, this odd-couple are opposites who can't live without each other: they pull petty thefts, go fishing and drink beer. They've been friends for years - but their relationship is about to be pushed to the limit.Danny owes 10 grand in cocaine to local crime kingpin Curtis, who wants the money or the gear. Danny doesn't have either so to pay off his drug-debt, Danny is left with just one option: to drag Joseph into the terrifying underworld of bare-knuckle boxing. In this harsh, emotional drama of bleeding hearts and faces, will Danny and Joseph survive?

Brad Moore
as Jon
View All

Realist in tone, the film lacks much imagination and trundles along too predictably for comfort.

Too stupid to be abominable, but only just.

A waste of a decent cast.

This might be uneven, but it's well filmed, with a clutch of affecting scenes - a more thoughtful affair than your average Brit fight flick.

It isn't the smoothest transition but strong performances from Stephen Graham and Adewale Akinnuoye-Agbaje keep the idea afloat.

There are no featured audience reviews yet. Click the link below to see what others say about Best Laid Plans!