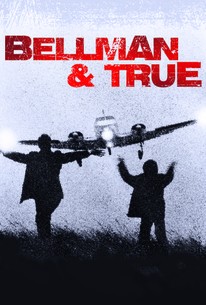 In flashback, we learn how nerdish computer whiz Bernard Hill has gotten himself involved with nasty gang boss Richard Hope. When Hill's wife leaves him and his stepson, he gets drunk and loses his job; before he cleans out his desk, he sells one of his "worthless" computer tapes to Hope. The latter kidnaps Hill's son, forcing the computer geek to do a printout of the tape. The information contained therein turns out to be a map of the National General Bank security system. From this point onward, be prepared for lots of twists, double-crosses and surprises. The question posed by Bellman & Ture: will Bernard Hill, sucked into the criminal gang, retain his own honesty despite big-money temptation?

There are no critic reviews yet for Bellman & True. Keep checking Rotten Tomatoes for updates!

There are no featured reviews for Bellman & True at this time.