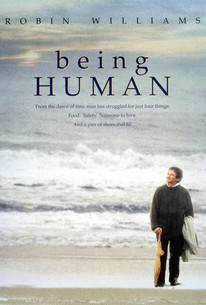 Five fables, each set in a different historical era, make up this quirky comedy from director Bill Forsyth. Each tale features Robin Williams as a basically decent but troubled average man named Hector. Beginning with the Bronze Age, where Hector struggles for survival against barbarians, the film proceeds through Roman times, the Middle Ages, and the 16th century, concluding in the present day, where Hector is a divorced father attempting to reconcile with his children. The film clearly intends to draw parallels between these stories in order to illustrate the universal nature of human experience, though the segments themselves vary widely in tone, from broadly comic to philosophically reflective. Additionally, some may find the film's attempts at creating a fantasy atmosphere rather cloying, while others may be charmed by the project's determined oddness and whimsicality. ~ Judd Blaise, Rovi

Theresa Russell
as The Storyteller

Rouchdi Mohamed
as Man 1 at Cyprian's

Hassan Mekkiat
as Man 2 at Cyprian's

Simon Clark
as Man in Bathhouse

Gemma Frances
as Girl on Wagon

Louis Landman
as NY Policeman No. 1

Danny Kovacs
as NY Policeman No. 2

Critic Reviews for Being Human

Never comes to a boil.

Just when you think the parts are never going to connect, they do so quite movingly

Daring movie that will appeal immensely to mystics.

Audience Reviews for Being Human

There are no featured audience reviews yet. Click the link below to see what others say about Being Human!